I am sure you all have been seen the movie “Titanic” and you remember that heart shape blue necklace which was worn by Kate Winslett, playing the role of Rose. That bluestone was Sapphire. Sapphire is the most precious and treasured blue gemstone.It is one of the famous, popular, and the most desirable gemstone around the world.

Its excellent blue color, hardness, durability, and luster attract jewelry lovers. Sapphire is the birthstone of September and the gem of the 45th wedding anniversary. It is also the birthstone of the Zodiac sign Capricorn. There is one the most popular belief is that the sapphire has the power of either make a person from zero to hero or hero to zero.

Sapphire is one of the popular and eye-catching gemstones in the world. The name Sapphire derives from the French word “Saphir”, from the Latin word “sapphirus”, and the Greek word “sappirus” which is referred to another common blue sapphire gemstone, known as the lapis Lazuli. Sapphire has been used for years. Blue Sapphire was considered as a royal gemstone. In ancient Greek and Roman societies, royal families wore sapphire as it symbolized truth and faithfulness. It was also worn by the Persian rulers.

They were believed that the sky was painted blue with the reflection of sapphires. In ancient times, Sapphire was commonly found in the crowns and jewelry of the royal family as it was associated with royalty and dignity. In ancient times it was the belief that sapphire is beneficial to a newly married couple. Princess Diana wore her engagement ring consisting of 14 diamonds surrounding a 12-carat oval blue Ceylon sapphire setwhich has now been passed down to Kate Middleton. Today also the Sapphire jewelry is the most charming and attractive. 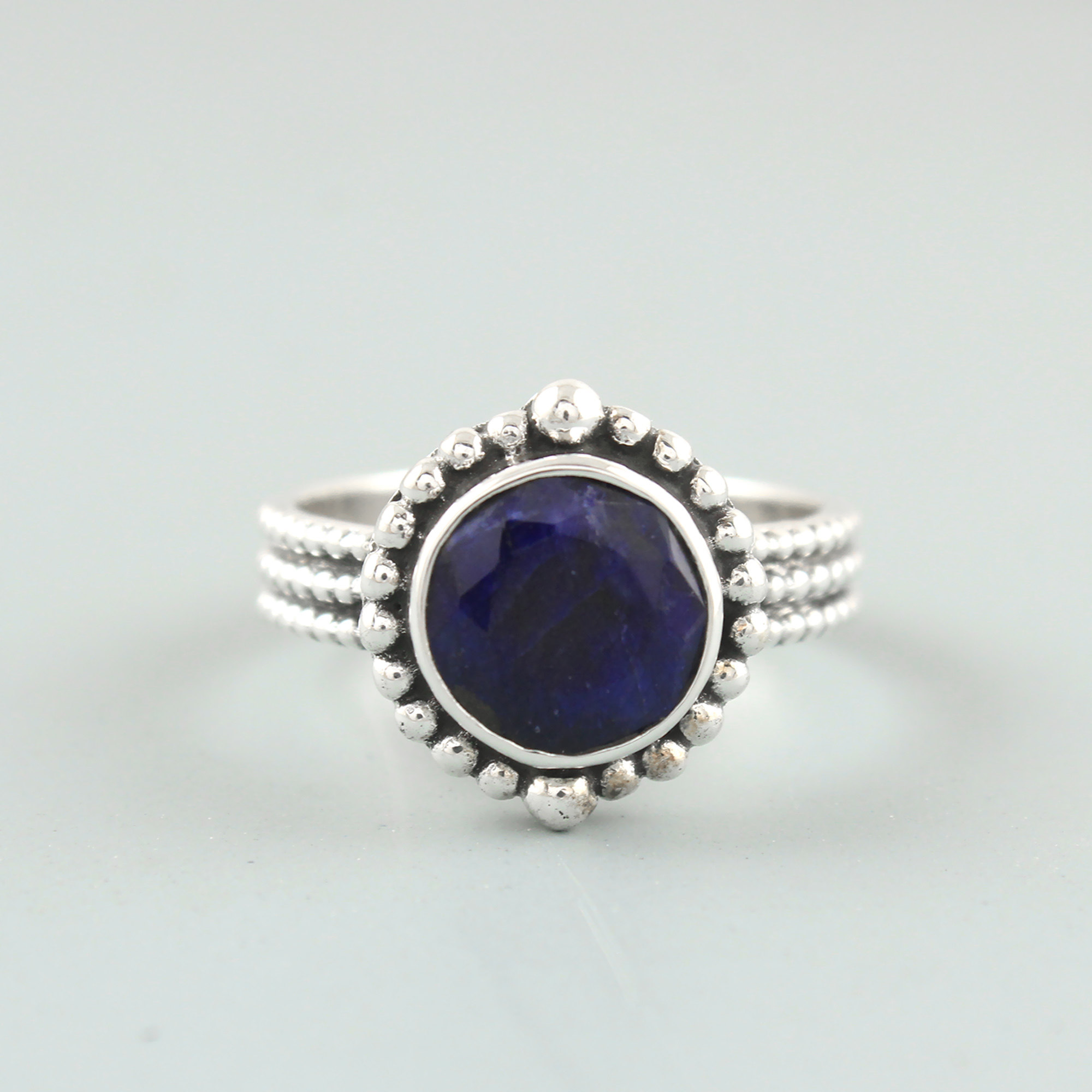 When the name sapphire comes in our mind, we all probably think of rich blue color but it comes in almost all colors including yellow, green, purple, pink, peach, orange, and teal except red color because red sapphire is known as Ruby. They both (Sapphire and Ruby) are precious & valuable and a variety of corundum mineral. Although they are both found in the same geographical atmosphere but they are different due to different geological formations. Sapphire is the third hardest mineral just after diamond and moissanite. On the Mohs scale, the hardness of sapphire is 9.

Sapphire is used extensively in all forms of jewelryincluding bracelets, necklaces, rings, and earrings but blue sapphire’s gold ring is one of the most selling jewelry. Diamond shape blue sapphire pendant is also very famous. Gemstone jewelry manufactures and suppliers are using sapphire in fashion jewelry.