Peridot is one of the most fascinating and most visually striking gemstones. It is a magnesium-rich variety of olivine. Sometimes it is also called Chrysolite. Peridot is an olive green color stone with a subtle yellow undertone. Its vibrant hue is unique that depends on the percentage of iron in the crystal structure. Its color can vary from yellow to olive, to brownish-green. 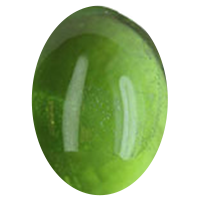 The stunning grass green color peridot is the birthstone of August and 16th wedding anniversary gemstone. It is the birthstone of the Zodiac sign Leo. Most of the gemstones are formed in the Earth's crust except Diamond and Peridot. Peridot is formed about 20 to 55 miles in the earth. It is found in deep underground in igneous rocks which were created by volcanoes and buried. The Peridot’s vibrant green color comes from the chemical composition of the gem.

Peridot name originates from the Arabic word “faridat” that means “gem”. Most people mistakenly consider Peridot as Emerald because of its color and tone but in some places, it is referred to as “the Evening Emerald”. Peridot has a deep history back over 4000 years. On the volcanic Red Sea island, the first-time peridot mined by the ancient Egyptians. They were believed that Peridot has fallen from the sky. They worshiped Peridot as they were referring to it as “the gems of the sun”.

In ancient times, peridot was popular in Greeks and Romans. Peridot ring in gold was so popular at that time. In the mid of 1800, the popularity was at its peak. It was one of the famous stone of royal families. Edward VII of England loved peridot so much. He declared that Peridot is his favorite gemstone. Today also the peridot’s attraction remains the same. Gemstone jewelry manufacturers and suppliers are making fashion jewelry with peridot. Peridot rings, earrings, and necklaces are still in demand.

The largest cut peridot weighs 311 carats is on display at the Smithsonian Institute in Washington, D.C. and the yellowish-green stone weighs 192.75 carats belonged to the Russian royal family. 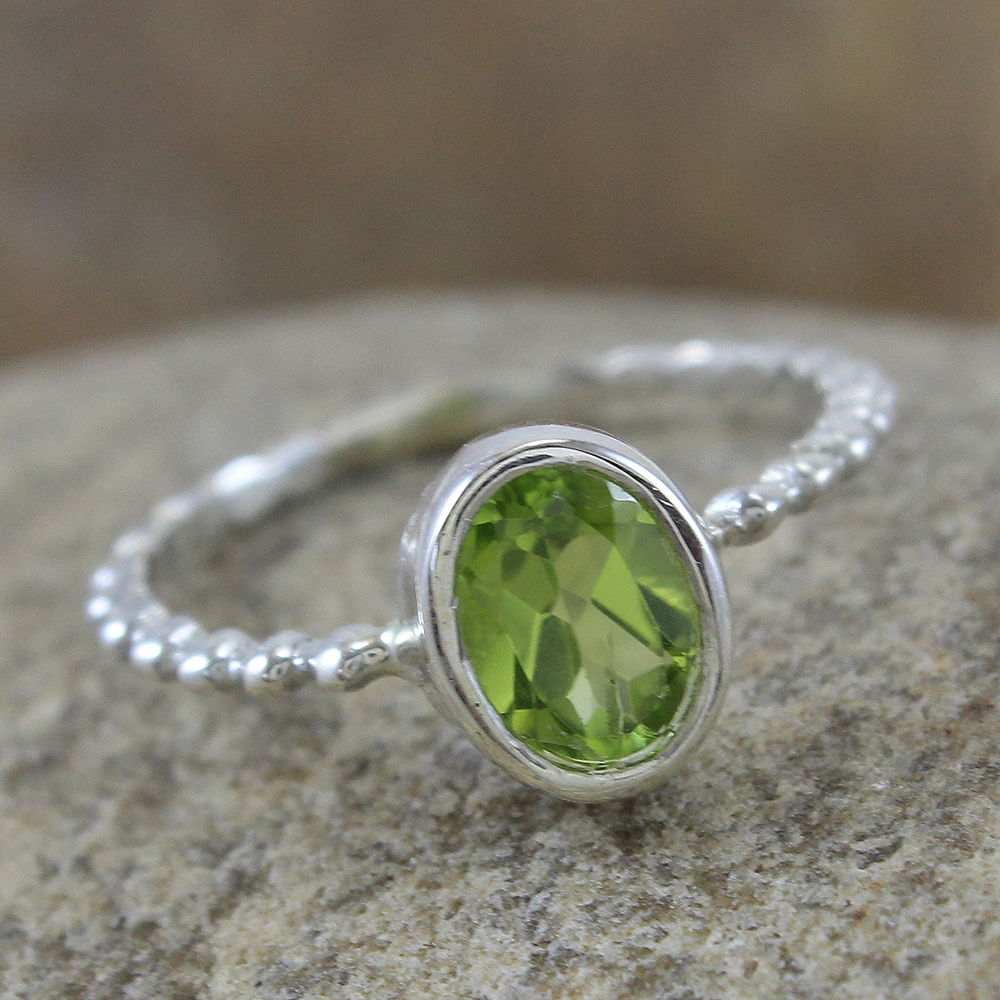 Peridot is a variety of olivine minerals. Its shades range from lime to olive. Peridot hardness on the Mohs scale measures between 6.5 to 7 and its melting point is very high as compare to other gemstones. Peridot occurs in silica-deficient volcanic rocks. It is believed that Peridot helps in healing powers and curing depression.

Green peridot is one of the most eye-catching gemstones. Peridot jewelry is also popular around the world. You can get peridot gemstone jewelry easily anywhere and you can also order for peridot jewelry as per your requirement to gemstone manufacturers. Peridot hardness is medium. Here are some care instructions of Peridot jewelry: